Neighborhood Wisdom on Miley Cyrus at the VMAs 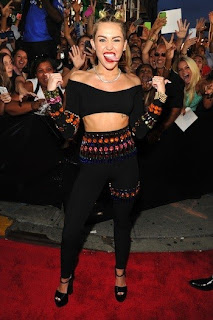 So after reading the hubbub on the net about Miley Cyrus's performance and looking at it after the fact, I stopped three male youths ambling past me in the darkening twilight, one with earbuds, as I was walking my dog in my working-class/middle-class Oaktown nabe. I asked if if they'd seen the VMA show and what they thought of her act. I'd guess they were high school sophomores, two black, one Asian.

Two said it was stupid and one said it was funny. The first two then launched into a rather impassioned speech together: "We all know what the music industry does, how corrupt it is and how they try to brainwash you." I asked, "So you saw her performance as an example of music industry corruption?" They said, "Yes!" Then they cogently pointed out that it had nothing to do with her actual video for the song, which had a lot of medieval things in it and had to do with Satanism (they said), and also that obviously she was trying to get rid of her Hannah Montana innocent image. One kid looked pleased as punch that I was asking his opinion, smiling very sweetly. We talked a bit more about the songs and other artists, and the neighborhood. I was impressed by them. Very cute.

I posted the text above on my personal Facebook page a few days ago. Here is the ensuing discussion (with their permission) among writer Lisa Motherwell, music critic Jordan Richardson, and sax player Michael Eaton, with a few other comments thrown in.

Lisa Motherwell And did one mention that MALE singer who participated? (My new rant....) Why is just she being excoriated?

Jordan Richardson ^^^ What she said. Miley was just dressed in the garb for "Blurred Lines" anyway, yet some people were actually tweeting about her audacity to "grind" on a "married man." Funny ol' world.

Lisa Motherwell Oh, agreed that there were many manipulations and layers of bad meaning with everything. I don't personally care for Miley Cyrus (though I admire her bravery) but the sexism, considering who sets the tone, and who we talk about at these awards, seemed a bit tilted this year.

Jordan Richardson What interests (and repulses) me is how certain segments of society, beyond political lines it appears, want to effectively "punish" Miley for what she did. I've seen tweets and FB posts about "cutting her tongue out" or otherwise ruining her for "behaving like a slut," and some of these have come from card-carrying liberals. It all turns my stomach.

Lisa Motherwell No kidding! It's my liberal friends who are trashing her (I'm a Socialist). It's disconcerting.

Jordan Richardson There's also another component here that, I think, misses the idea of performance. People got upset about Miley mentioning that people did lines in the bathroom at the party, for instance, and they got upset that she was twerking and grinding on Robin Thicke's stripes. It seems like it was all taken very literally, like there were no storytelling elements to speak of or analyze. Makes me wonder what the same crowd would've done hearing gangsta rap, for instance, and wondering how many people Biggie Smalls shot while lounging in his bathtub full of cocaine.

Lisa B Lisa Bernstein Yes. And btw, I don't have a problem with her appropriating black hiphop gestures esp. given that she does it so extremely that she's showing us she's doing it.

Michael Eaton I've seen photos, but not the performance. A woman has a right to be sexual as she pleases and present herself as she wants, so to me the sexuality of it wasn't a problem. If anything, I think it was de riguer as a pop star for her to present herself that way. The jarring quality came about from how relatively dissonant her presentation was compared to her squeaky clean Disney past, but to me that's all theater. I think it was kind of tasteless, but that's my opinion.What I would find offensive is if she were exploited, and that's precisely where my question is. I'd like to see a feminist analysis, because my question has to do with whether she voluntarily went along, and to what degree she was a victim of sexism in the industry (or wasn't). Did the record company or whoever force her to do it? I don't see her as being working or middle class (her net worth is around $120 million), so it's hard for me to see her as not having command over her own work, or having the ability to back out.

Jordan Richardson Was Robin Thicke exploited or is that a question we're only prepared to think of in terms of young women? I'm not asking to be cheeky or rude; it's a serious question because I've heard this before but never directed toward male artists.The music business is almost necessarily exploitative because it is a business and in that regard almost all participants in it are victimized to an extent, whether by what singles they have to promote or by what image they have to put out there. Miley's image could be a complete fabrication, but that really wouldn't be any different than suggesting that Taylor Swift's "demure" iconography is similarly fabricated and similarly a matter of exploitation. What it really comes down to, what drives the questions, is the content of the image. In other words, we don't ask Taylor Swift (or even Selena Gomez) if she's being exploited because it doesn't "seem" like she is. But Miley's performance and imagery does beg the question and I think we think that because it doesn't "seem" like any self-respecting woman would behave "that way." I saw people posting about how she has a good future in porn or how she could've been replaced by a stripper or how she was acting like a slut, so there's certainly something in the content that people are reacting to: namely what it means to be a woman or HOW a woman should "behave." We don't ask "well-behaved" women if someone was exploiting them to put on a prom dress, do up their hair like Marilyn and sit properly at an awards show, but we DO ask the one who's twerking, beating off a foam finger and bending over in front of a randy Canadian. I just wonder why that is.

Lisa B Lisa Bernstein So Michael Eaton your comment reminds me that I was really wishing I had followed up with the young guys on the sidewalk about what exactly was corrupt about her act. Was it the overt sexuality that they found corrupt? That is, did they think SHE was brainwashed? Or was it that the ultra-theatricality of it all seemed very "music industry" to them and an example of we the consumers being brainwashed? I think they definitely viewed her performance as being very calculated. And they were right. So they was more insightful than some of these patriarchal/paternalistic critics of her.

Lisa B Lisa Bernstein Actually, I've thought more critically about some of her appropriation of some black hiphop aesthetic elements, thanks to this excellent blog post shared by Vicki Randle. http://battymamzelle.blogspot.com/2013/08/Solidarity-Is-For-Miley-Cyrus.html?m=1

BattyMamzelle: Solidarity Is For Miley Cyrus: The Racial Implications of Her VMA Performance
battymamzelle.blogspot.com.au
Posted by Lisa B (Lisa Bernstein) at 11:58 PM No comments: Links to this post 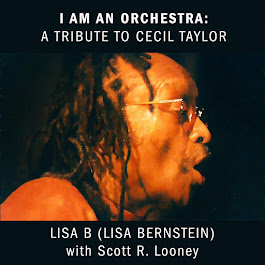 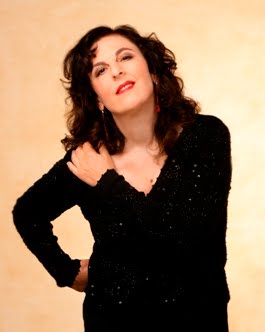 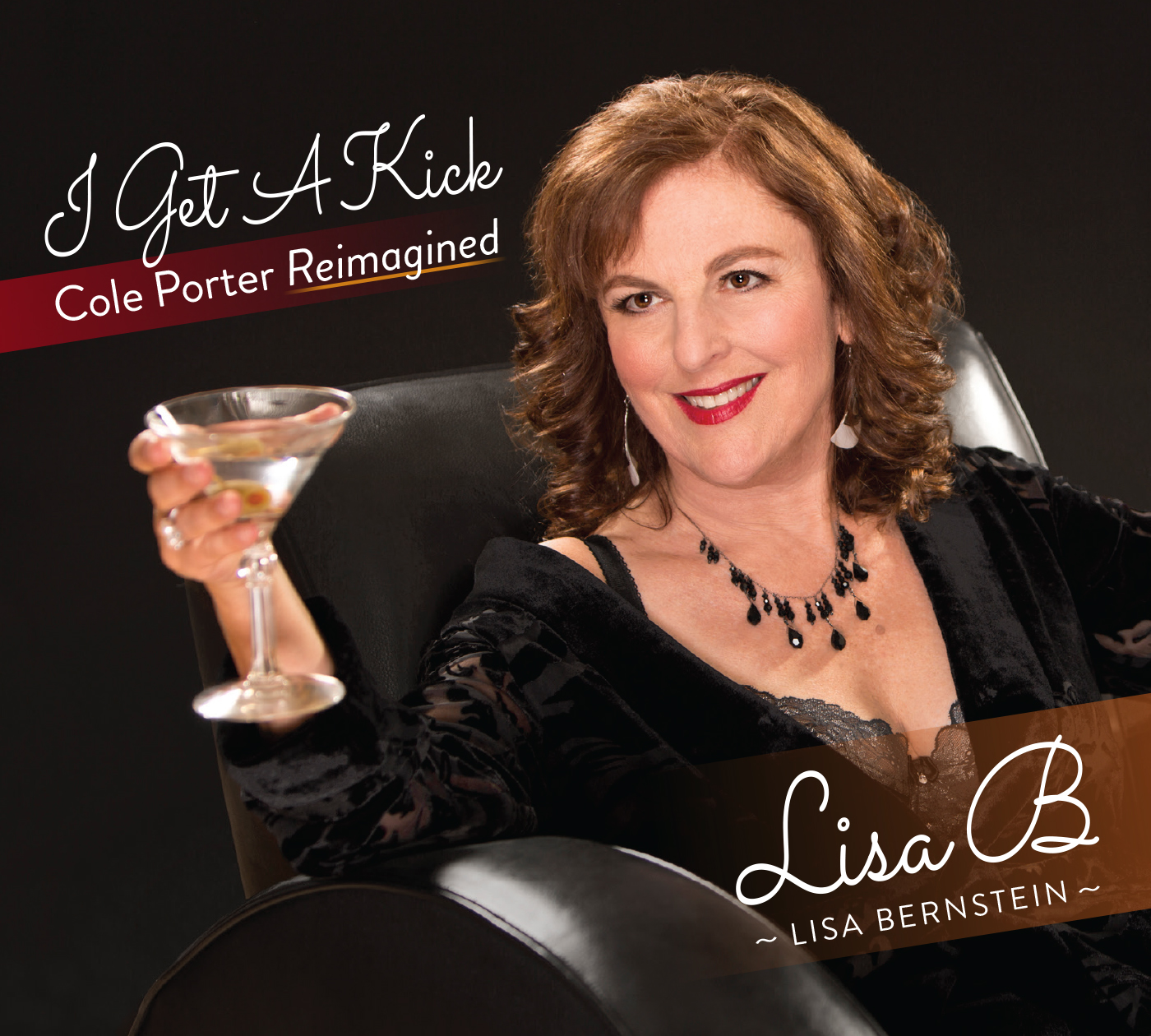 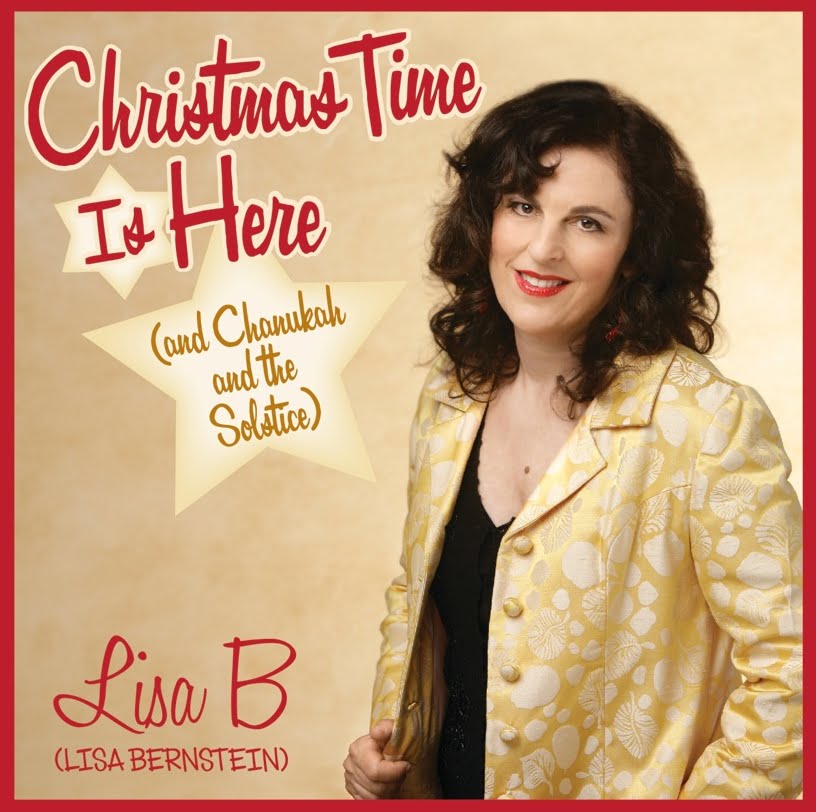 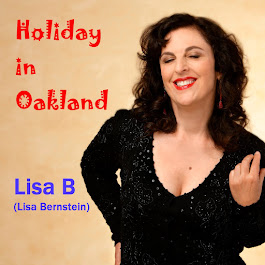 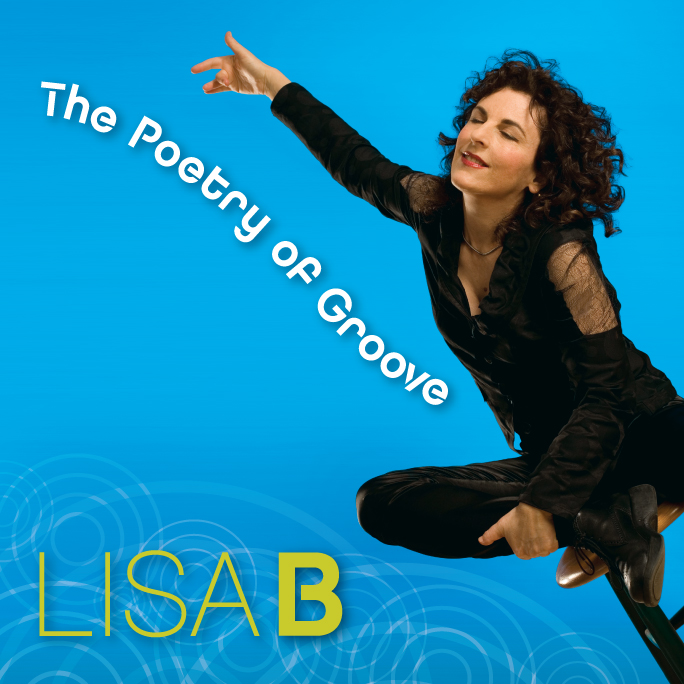 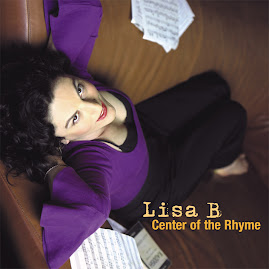 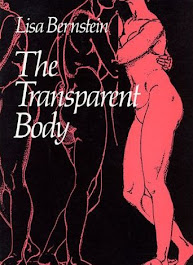 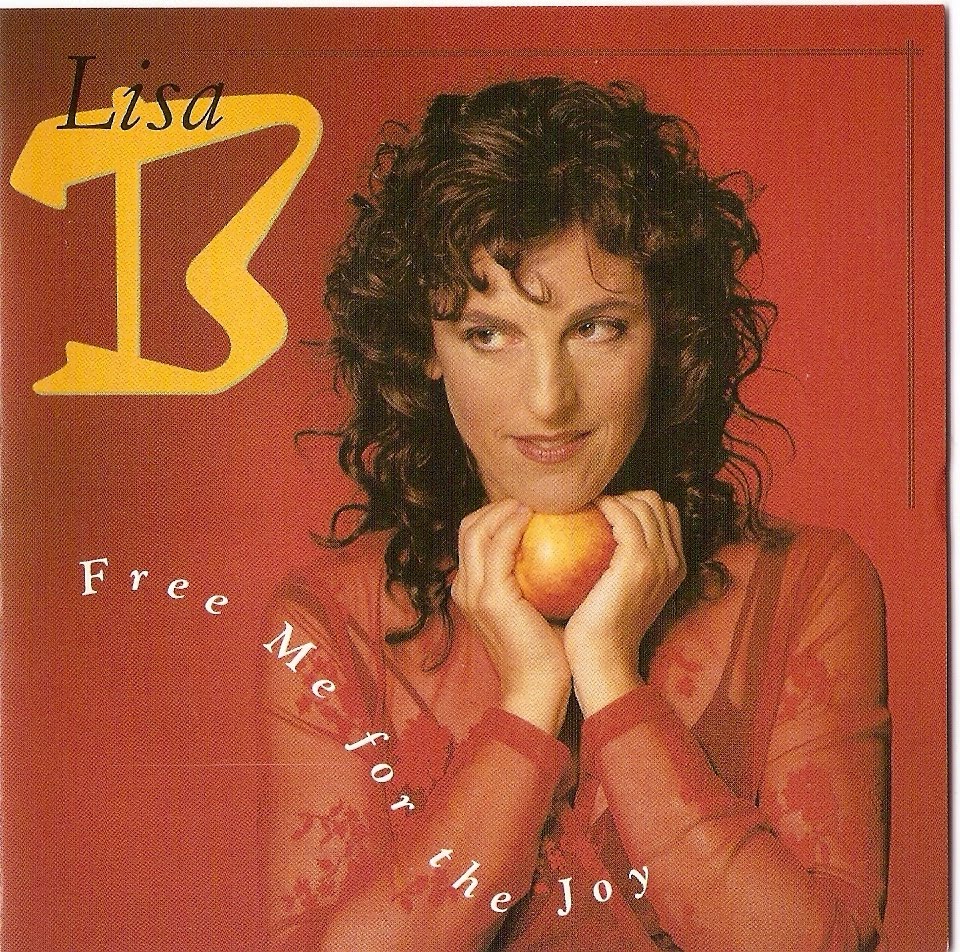 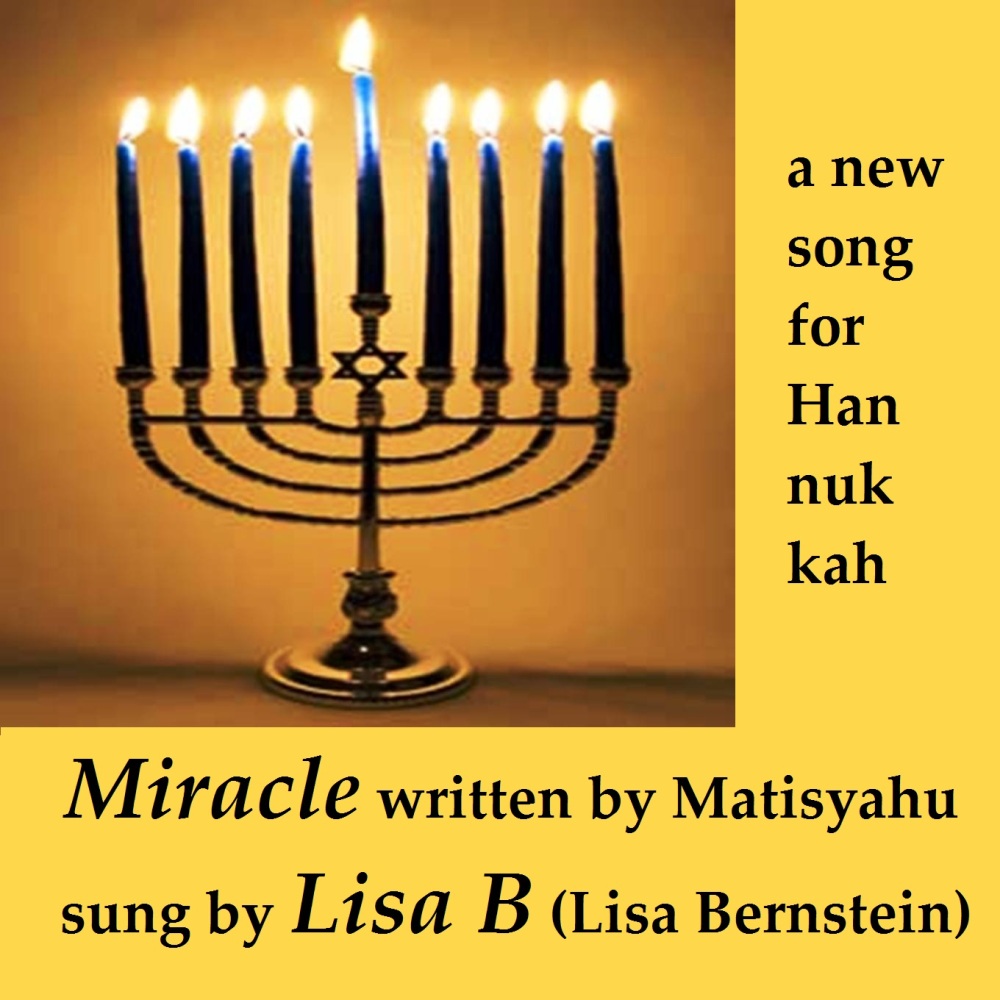 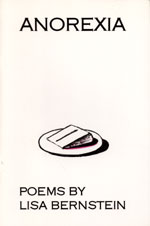 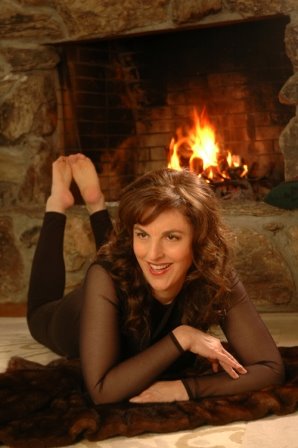 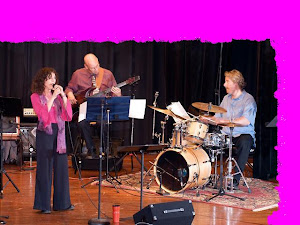